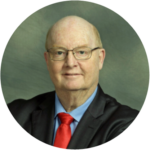 Pastor Charles T. Hunt, Senior Pastor
Surrendered to the ministry at the age of 17 years old at First Baptist Church, Corrigan, Texas. He attended East Texas Baptist University, Marshall, Texas and graduated from Louisiana Baptist University, Shreveport, Louisiana. He married his wife, Becky October 2, 1976 and they served as Music/Youth and Education Ministers until 1985 in churches in Louisiana and Texas. In May, 1985, he accepted the call to become pastor at Ridgewood Baptist Church, Port Neches. The church grew and relocated to Port Arthur. He was pastor there for almost 20 years. In August, 2004, he accepted the pastorate at Woodland Hills Baptist Church, Longview, Texas. The church has experienced steady growth and has built three new buildings and major renovation on four others. Even in the midst of constant building, the church has continued to reach out to the community thru major evangelism and missions. He has been involved and served in many offices in the Southern Baptist Convention and the national, state and associational level. He has also led music and preached in many revivals across America and foreign countries. Charles and Becky’s family include their son Jeremy and his wife Annie and granddaughters, Hattie and Georgia; their son Jason and his wife Ashley and granddaughter Isabelle and grandson Charlie. Bro. Charles has blessed Woodland Hills with his firm conviction in the word and in practical morals, uniting us with strong leadership, thoughtful goals, and a working strategic plan for our church and its ministry - through faith and love, in fellowship and in our everyday lives.
charles@whbchurch.com 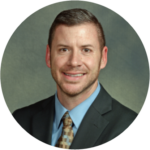 Bro. Kason Kuykendall, Pastor
Bro. Kase was born and raised in Longview and attended Hallsville schools. At 9 years old Kase felt the Lord calling him to be a “preacher” but to a nine-year-old boy the job of preacher seemed very boring. A few months passed but the calling never diminished until finally at a local children’s camp Kase surrendered his life to be a “preacher.” Kase later earned a bachelor’s degree in Religion from East Texas Baptist University, then he graduated from Liberty Baptist Theological Seminary with a Master of Arts in Religion and Pastoral ministry degree, and most recently graduated from Southwestern Baptist Theological Seminary with a Master of Theological Studies degree. Bro. Kase married his high school sweetheart Brittany on July 22, 2006, and they are blessed with 3 children. Mason and Maddox are amazing twin boys born on June 11, 2010 and Kasyn Grace is a precious little girl born on February 12, 2018. Brittany is a wonderful helpmate to Kase and serves alongside her husband in every way possible. You can often find Brittany on the stage leading in worship while Kase plays the guitar. Kase was called to Woodland Hills in June of 2005. Since then the Lord has blessed WHBC with steady growth. Kase is involved in all the areas of pastoral leadership and direction at WHBC but has a special passion for preaching text-driven, powerful, relevant, and applicable messages. Bro. Kase preaches every week at our Sunday evening service as well as many other times throughout the year. Kase also oversees our Life-Group ministry and the assimilation of newcomers striving to move folks from a spectator in the pew to a member of the family. Our Life-Groups have grown rapidly as families are plugging in to ‘connect, grow and serve’ with us at WHBC. “Therefore, my beloved brothers, be steadfast, immovable, always abounding in the work of the Lord, knowing that in the Lord your labor is not in vain.” 1 Corinthians 15:58
kase@whbchurch.com 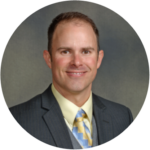 Aaron Perkins, Minister of Music
Bro. Aaron comes from a long legacy of ministers of music being involved in church music his entire life so it is no surprise that he has a passion for music and a desire to lead others in the corporate worship of our Lord and Savior. He holds a bachelor’s degree in Sacred Music from East Texas Baptist University and a Master’s of Arts in Worship from Southwestern Baptist Theological Seminary in Fort Worth, Texas. He married Jennifer on August 4, 2007. In August 2011, baby boy Lawson Aaron was born, in May 2013 baby girl Laynee arrived, in February 2015 baby girl Lessie was born, and in August 2016 baby girl Landry arrived. Daughter Lovie joined the family in October 2018. He was called to be the Minister of Music at Woodland Hills in October 2003. His growing ministry consists of the HillsPraise adult choir, multiple praise teams, orchestra, the RingLeaders handbell choir, HillsHeart ladies ensemble, SilentPraise sign ensemble, HillsJoy ensemble, youth who not only sing but lead worship with creative movement, and a vibrant children’s choir ministry called KidsPraise. Both faith-based and secular organizations frequently invite Bro. Aaron to share his ministry of music and love for his Lord and Savior around the East Texas community. The musical productions he has brought to WHBC draw people from across the region to hear God’s Word through music but the biggest blessing is experiencing the presence of the Holy Spirit as each music service prepares for the preaching of the Word!
aaron@whbchurch.com 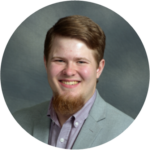 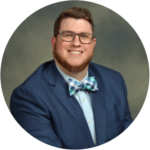 Bro. Nathan Mathias, Mason Creek Campus Pastor | Minster of College
Surrendered to the ministry in 2011at the age of 18 years old. He served the next 9 years in student ministry in Plain Dealing, LA and Diana, TX. He attended East Texas Baptist University in Marshall, Texas, where he graduated with his Bachelor’s degree. He is currently working on his Master’s at Southwestern Baptist Theological Seminary, with plans to graduate in the Spring of 2022. He married his high school sweetheart, Stephanie, on January 6, 2018. In January of 2020, he felt called to transition from student ministry to pastoral ministry. Nathan served as a pastoral intern under Bro. Charles Hunt from 2020-2021, and started as the 412 College and Young Professionals minister in February of 2021. In August of 2021, he accepted the position to serve as Campus Pastor of Woodland Hills at Mason Creek, while continuing to serve as the 412 minister. Nathan also battled stage 3 cancer in 2014 and has been in remission since the end of 2014. His favorite scriptures include 1 John 4:4 “Greater is He that is in me, than he that is in the world,” and Romans 8:28 “For we know all things work together for the good of those who love God and those who are called according to His purpose.”
nathan@whbchurch.com

Clark Sexton, Minister of Outreach
Bro. Clark was born and raised in Tulsa, OK. He attended Moody Bible Institute in Chicago, and received his BS Degree in Sacred Music & Christian Ed. from Calvary Bible College in Kansas City. He has served churches in Missouri, Oklahoma, and Texas as Music and Youth Director. He also served as Bible Club Director with Youth for Christ in Tulsa and as Director of Child Evangelism Fellowship in Jacksonville, FL and here in Longview. Bro. Clark was ordained to the Gospel Ministry by Macedonia Baptist Church and served as Interim Pastor of Faith Baptist Church in Gilmer. He retired in 2002 after serving the Lord as Executive Director of the Hiway 80 Rescue Mission for 16 years. He and Marilyn has 4 children and 12 grandchildren. Bro. Clark has been a member of Woodland Hills since 1998.
clark@whbchurch.com
Ja 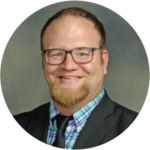 son Hunt, Minister of Youth & Senior Adults
Bro. Jason has been on staff at Woodland Hills since 2012. He has a Bachelor's Degree from East Texas Baptist University. He married Ashley Charron on June 27, 2009. They have two children, Isabelle born in September 2012 and Charlie born June 28, 2015. Jason works with the youth ministry in all areas discipling young people.
jason@whbchurch.com 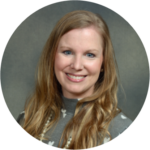 Christy Mayfield, Minister of Children
Christy has been on staff at Woodland Hills since March, 2015. She is married to Marty and they have two children Caylee and Halle. Christy feels fortunate to have been raised in a Christian home by two Godly, loving parents. Christy's Dad is a Southern Baptist Pastor and her Mom is a church secretary. She was saved at the age of 8 years old in a church revival in Atlanta, Texas. Throughout her walk with Jesus Christ she has developed and continue to hold strong conservative, Christian beliefs that are biblically sound. Christy has a Bachelor of Science, Education from ETBU and has been teaching 2nd/3rd/5th grades and has also been involved with church ministry since 2003.
christy@whbchurch.com 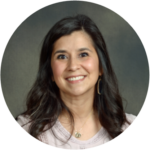 Rosio Newton, Preschool Director
Rosio has been on staff at Woodland Hills since Jan 2017. She married Matt Newton July 23, 2005. In June 2011, Olimpia “Pia” was born and in April, 2020 Ariella arrived. Rosio feels blessed in so many ways the Lord is using her and continues ignite a passion in her to share the gospel . She was saved at the age of 16 years old at First Baptist Church Omaha. Rosio has a Bachelor of Science, Education from ETBU and has taught grades PreK-12th grade. She has been involved with preschool, children, and youth ministries since 2002.
rosio@whbchurch.com 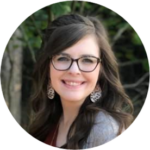 Ali Haynes, Mason Creek Children's Minister
Ali Haynes is married to Justin Haynes. Their daughter Piper was born in January of 2021 and has been the sweetest little blessing. Ali grew up in church. She was a sophomore in high school when Christ saved her and completely changed her life! She has a degree in Early Childhood Education from Louisiana Tech University. Ali feels blessed to be able to work with children, sharing the gospel and discipling them in their relationships with Christ.
ali@whbchurch.com

Denise Stewart, Day School Director
Denise has been on staff since July, 2021. She is married to Wes and has two daughters and five grandchildren.   Denise came to us from TST as their Enrichment Director since 2006 and had been on staff since 2003.  Previously Denise was with Hallsville ISD for five years.  She is a graduate of Marshall High School and has a Professional Administrator National Credential.  Denise and Wes have been members of Woodland Hills since 2015.
denise@whbchurch.com 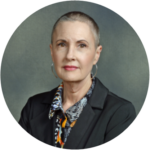 Kaye Eishen, Administrative Asst./Webmaster
Kaye joined Woodland Hills in September, 2005. Kaye and her family moved here from Oxford, Mississippi in June, 2004 where they had lived for 17 years. She is married and has three children and one grandchild. Kaye loves her job and feels blessed to work for a terrific staff and the wonderful members of Woodland Hills.
kaye@whbchurch.com 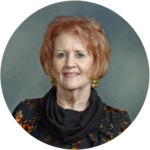 Gloria Williams, Secretary
Gloria Williams has been on staff since January, 2013. Gloria has been married to Tom since 1982. They have four children and eight grandchildren. Gloria has taught Sunday school since 1997 and has been a member of Woodland Hills since 1992. Gloria is an asset to both the church and staff.
gloria@whbchurch.com 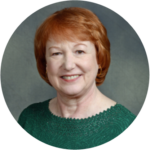 Janie Holmes, Financial Secretary
Janie joined our WHBC staff in February, 2018. She is a graduate of ETBC, has served as secretary at several churches and has a passion for the work of the church. Janie’s family includes husband Bill, Tracy Jane Tutt, husband Tracy, Christy Mayfield, husband Marty, and Lori Gould. They also have four wonderful granddaughters.
janie@whbchurch.com 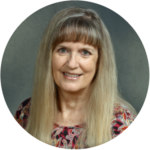 Jan McNeal, Financial Secretary
Jan is a retired teacher and joined our staff in January, 2019. Jan is married to Al for 44 years. She has 6 children with only one remaining at home. Clay, son, and Caren have 2 daughters, Charley and Callen. Kyle, son, and Ashley have 1 son, Kayden. Amanda, daughter, and Matt have Peyton. Braden, son, has Braxton. Christian, son, is due to graduate from ETBU in May, 2019. Madilyn, daughter, is the only one left at home. Al, Jan, and Madilyn along with Linda South, Jan’s mother who lives with them, have been members of Woodland Hills since October, 2016. Jan graduated from ETBU with a degree in church ministries. She served in several churches working with children. She added a teacher certification and began teaching in 1997. She retired from Hallsville ISD in May, 2019. Now she enjoys gardening, loving on grandchildren, and playing with her dog, Milli.
jan@whbchurch.com